It would not be an understatement if I say that I am always on the prowl for sampling some good buffet and I am usually excited about trying new buffet places.

I am also a firm believer that a place may not serve the most lavish of buffets but serves what is presentable and eatworthy. I also consider if I ordered that dish in Ala carte would it serve the purpose and usually that is the benchmark I take while rating buffets.

Alright then enough of my buffet fundas and coming to the review of Claypot at Best Western Star Residency, it’s certainly not a mind blowing location and the surroundings are pretty average to start with.

This is a 3 star property and since we basically were going to sample their restaurant’s dishes and not going to stay so all of the above didn’t quite matter in the end but those were the first impressions I had of the place.

As we entered, the restaurant was just towards the right of the lobby and was of fairly smaller capacity, by this time I was a bit shaken up and didn’t quite know what to expect next…

We were greeted by the captain and were quickly seated with water served at lightening pace (always a good sign).

The service for starters commenced in no time and we had the following:

Aloo tikki – As mundane the name sounds, the taste was definitely top notch and I must have had 8-10 pieces of this. It was crunchy from the top and had a very tasty filling of potato and other ingredients.

Chicken lollipop – This was a spicy preparation and was decent enough to be had more than a couple of times.

Chicken Soup – This tasted mostly like boiled water scattered with some spices that were although visible but had no taste whatsoever with shredded pieces of chicken. I didn’t like it at all and wasn’t quite upto the mark.

Veg hot and sour Soup – This was relatively better than the chicken soup but was nothing to write home about.

We then switched over to the Main course which was mostly good as below:

Paneer maithi gravy – The look of the preparation wasn’t the most promising but it tasted quite good and thankfully so as we needed something quickly to move on from the rather indifferent Soup we had minutes ago.

Gobhi masaala – This was one of the stars of the show and the preparation was spicy and tasty. I just loved it, this comes from a hardcore non vegetarian so must be a true reflection of the preparation.

Veg Diwani Handi – This was pretty alright and went well with Daal tadka and steamed rice.

Chicken chilly – This went well with the fried rice which was equally good in the Chinese preparations.

Kadhai Murgh – This was a little less on salt but after adding the desired amount of salt it turned out a good preparation.

Fish masaala – The fish tasted fresh with no smell at all and went fine with hot Butter Naan.

Among the desserts we liked the Kiwi pastry and chocolate mud pie. The gulabjamun was quite alright and we were not able to taste the ice cream as we all had sore throats.

Couple of times the Manager Mr.Agarwal came to our table to ask if everything was going alright and our server (forgot his name) made sure that we didn’t have to wait too much for starters or Naans during the eatout.

In the nutshell it wasn’t the most lavish of buffets by any stature of imagination but then it never promised to be so to start with. 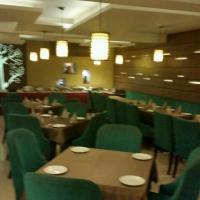 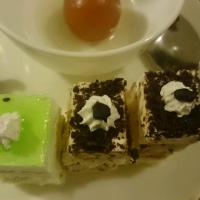 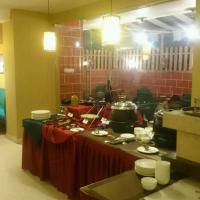 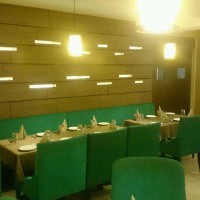 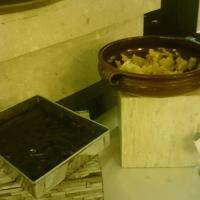 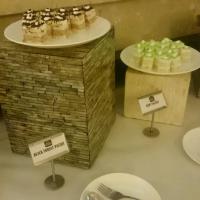 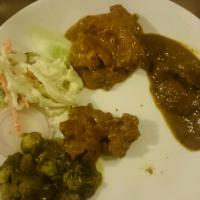 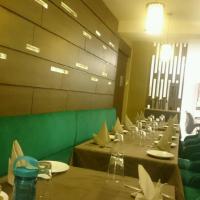 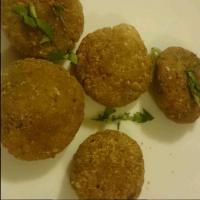 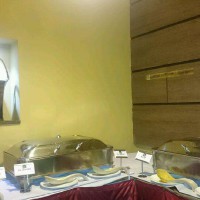