Needs urgent improvement in Starters but Service and Biryani were Top class !

**************** Updates October 2015 *****************
***************************************************************
As happened the last time when we visited Sigree the starters were not too good. Infact I must say they were below par mostly and I can’t single out a starter as the one that would be worthy if I pay for them in Ala Carte which was disappointing.
The Main Course and desserts were however good as always but again the Star of the show was their Biryani. The placard claimed it to be the Lucknawi variant but it was amply spiced. The staff were courteous enough to prepare or rather present the biryani in a separate pot for us which had the right amount of moisture retained within the preparation.
Service was top class and Mr. Asis among the serving staff left no stone unturned to give us a great time while eating, just for the Biryani and immaculate service they deserve a 5/5 rating however the starters were so ordinary that I can’t help but reduce their rating by .5 based on the latest as it undermines the overall buffet experience in terms of taste and Value for Money.
A lavish yet tasty buffet! (Reviewed Q1 2015)
Rating 4.5/5
So here we were at our first Sigree outing closer to Home at Amanora. It was an off for me on a Friday and we thought of making the most of it by trying a buffet at a place we had never tried before.

We have been to Bbq Nation a zillion times and knew their concept is somewhat similar to Sigree but somehow never found a chance to visit Sigree.

So we walked in without a reservation for lunch and we were seated instantly and at least couple of people came around to ask for any special request or to just brief us on how it works.

We were greeted with pieces of breads of the day with a variety of dips to munch those around with a ginger ale like welcome drink.

Soon our service for starters began and tbh we were disappointed with the first few servings of starters namely Bhuna Jeera Chicken tikka, Bbq chicken and Arabic Lamb Kafta were not that impressive.

Bhuna Jeera chicken tikka had only the taste of cumin seeds as it had completely overpowered every other flavor/aroma, I didn’t like it a lot. Same goes with the lamb starter which was hard and I didn’t like it one bit either.

At this stage of a buffet with literally three starters going for a toss we were not really sure if we chose the right place?

However what followed was nice, nicer and Yummiest buffet fare we had in a while.

Some of the yummier items to mention from the other starters were Paneer Tikka (so soft and aptly spiced), Fish tikka, mushrooms and prawns. Some other tid bits like the thin crust corn pizza and Chicken soup were quite flavorful as well.

In a buffet place usually I find that starters and desserts are good and main course is mostly present to make up the numbers and I was so wrong.

I can vouch from all the buffets I have had in Pune including some of the very big names comprising of five stars etc the main course at Sigree was top notch! Some of the most flavourful items from Main course as below:

Murgh Biryani was the standout dish and it’s so refreshing to find such a preparation in a buffet setting. To top it all I placed a request to have the chef prepare a portion of Biryani for me if possible ofcourse and it was gladly accepted. I am very particular about my Biryani and I have seen many a good preparations getting spoilt due to exposure to constant heating and thereby drying out the Biryani so I didn’t want to take any chances. What came out was an almost perfect preparation of Biryani that had some of the most tender chicken chunks, rice just perfectly cooked and spiced with a subtle hint of Saffron and it was just too good a preparation:)

All in all it was almost a perfect lunch, with top notch service, good ambience and awesome taste. We will definitely visit this more often. Taking out half a point as starters can definitely be further improved. 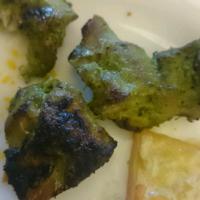 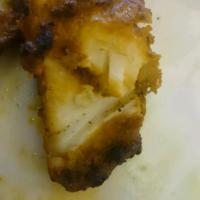 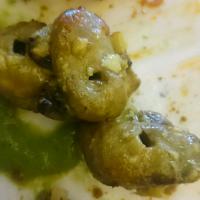 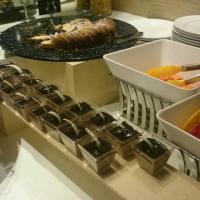