We were in Lavasa on a weekend in the first week of August and we chose Fortune for our stay and I was more than excited to dine at their Mughlai speciality restaurant Earthen Oven but as luck would have it they had a corporate party scheduled on a Saturday night ):

So here we were at their 24 hours Cafe – Zodiac. At close to around 900 bucks per person for a buffet that doesn’t include any starters it was a bit disappointing of sorts but nevertheless we thought of giving it a go.

For salad fans it had around 6-8 variety of salads with couple of them quite good like the one with lettuce and pineapples.

The chicken soup was just edible and we had a quarter of the bowl and we slurped it up with the Salads.

Among the main course there were three Non Veg preparations – chicken, fish and mutton. The Veg had usual suspects like Kadhai Paneer, Daal fry, noodles and Manchurian, mix Veg etc.

I would rate the Main course and salads at 3/5, there wasn’t anything extraordinary in the food fare considering the price we were paying.

However there was quite a bit of variety in the desserts and pleasantly they were quite good as well. The blueberry mousse,Red velvet cake, chocolate Brownie were all good but the real star of the show was the doodhi Halwa. It had nice amount of khoa and it had the right amount of sweetness and a touch of crispiness in every bite.

The desserts certainly added a nice touch to our Dinner and would definitely rate desserts at 4/5.

The breakfast next day was complimentary and I would say it was better than the main course served the previous night in terms of taste and selections.

There was a live counter serving utthapam, Dosa’s and omlettes. The items which I liked from the laid out buffet were poha, aloo paranthas, Red sauce based kidney beans, hashbrown potatoes and grilled chicken. The desserts in the breakfast had chocolate donuts, Danish pastries, some chocolate and Kiwi based pastries which I liked as well.

The overall breakfast experience was 4/5.

Ambience – 4/5, addition of any sort of soft background music would have added another dimension to the nicely laid interiors and would have definitely contributed to the overall dining experience.

Service – 3/5, well apart from looking into their dinner buffet main course selections and addition of starters the next best thing they can do is fine tune the serving staff.

With the absence of starters in their menu, the only thing their servers are left to do is to ensure proper cutlery is laid on the table, Naan/rotis are served on time, water is replenished frequently and in case of an order given at the live counter is first correctly taken down and then served and not forgotten if the crowd is substantial. I witnessed sort of slippages in all these departments during the dinner and breakfast experiences one after the other.

The restaurant manager Mr.Das took the feedback positively after the dinner experience and tried his bit to make up during the breakfast next day but I guess it’s still the serving staff that have to really pull up their socks to add value to the overall dining experience.

Folks but seriously for the price you’re charging please add couple of Veg and Non Veg starters to make the buffet complete and more value for money! 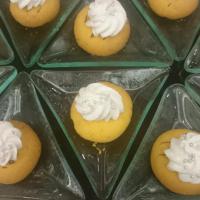 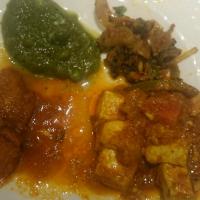 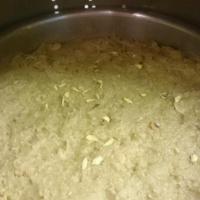