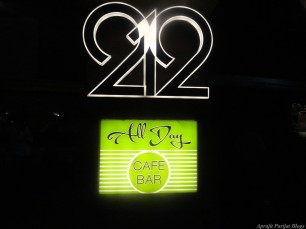 As the title suggests the 212 Bar & Cafe Welcomes you to their Mexican Food Festival which started from 15th of June and is going to run till July first week. To set expectations I am not a die-hard fan of Mexican food but I don’t dislike it either so when I received the invite from Team Carpe Diem for the food tasting I had mixed feelings but nevertheless I thought of giving it a try.

The detailed review will follow however I want to say that I was impressed by the quality of the food fare served in the festival. This is basically a fusion of Mexican food so the taste seemed along the familiar lines and it had all the ingredients for making up a wonderful evening which was further complemented by a live session from the Band “BlackWings“.

Location & Ambience – 4.5/5 -Situated at the Ground level of Phoenix Market City, Viman Nagar, the 212 All Day Cafe & Bar is centrally located both in the City as well as in the Mall and is the goto place for finger food. It has options for both indoor and outdoor seating and our Bloggers table was setup indoors which had brighly lit decor and comfortable seating. Thursdays are the Live Band Session Days in 212 with a different Band playing every week (with no extra charges) so grabbing the more spacious outdoor seating is definitely a good idea on such days.

The Food & Drinks – I would rate them a 4/5 on this parameter. Talking about drinks and happy hours they have flat 50% off on even a single drink from 4pm-9pm and you don’t have to buy 1 to get 1 to avail the discount which came across as a cool offer.

Drinks Recommendations – In total there were six varieties of Tequila based Cocktails planned for the Food Festival. My fellow bloggers enjoyed their Cucumberita & Zapatista drinks among others. However since I don’t drink alcohol I had the company of two Mocktails – one based on Pear & Vanilla and the other on Watermelon juice. I would recommend the Watermelon Mocktail to my non drinking counterparts though we’re becoming like extinct species in the current times 😉 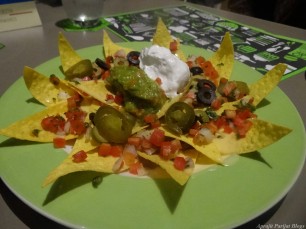 Veg Recommendations – I seldom eat vegetarian food when eating outside and you can say I am biased towards the Non Vegetarian stuff, still I liked the following two Vegetarian dishes from their Menu which speaks volumes about the preparations.

The Habanero Cottage Cheese with fries and Jalepano Dill Mayo was quite good in taste and the spice level was on par with any of the Indian starters. The initial serving was a little sweet and sour but once the feedback was provided the next servings came with a good level of spice and did justice to this Habanero (spicy chilli pepper) based preparation. 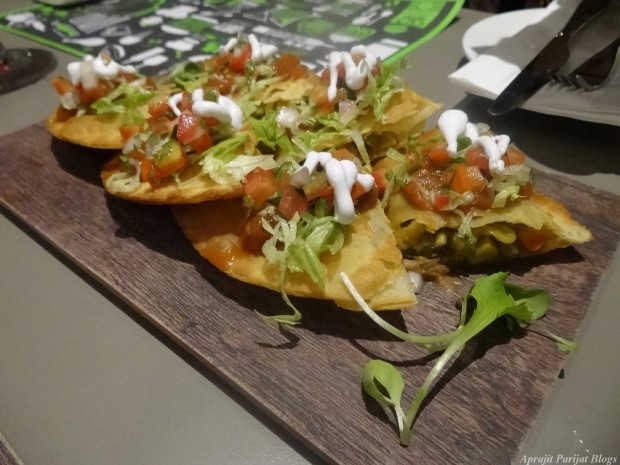 Veg Chimichangas – These were the Deep fried Tortillas rolled with veggies and served with Salsa Sour cream were pretty good. The outer crust was a little crispy evoking a “Samosa” like feeling and the filling was pretty appetizing as well. It had all the ingredients like the sauces within the filling to make it soggy which could have killed the dish but thankfully it was crispy yet had a flavorful and moist filling inside.

Non Veg Recommendations – For the Non Veg fans things were even rosier with 4/5 Non veg preparations making it to my recommendations list. 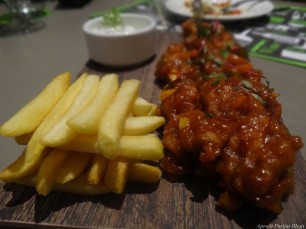 Habenaro Chicken & Habenaro Prawns – Both of them were outstanding and I just can’t pick a winner between the two. It was spiced just right with the flavors not too subdued and not too strong, everybody absolutely loved it. 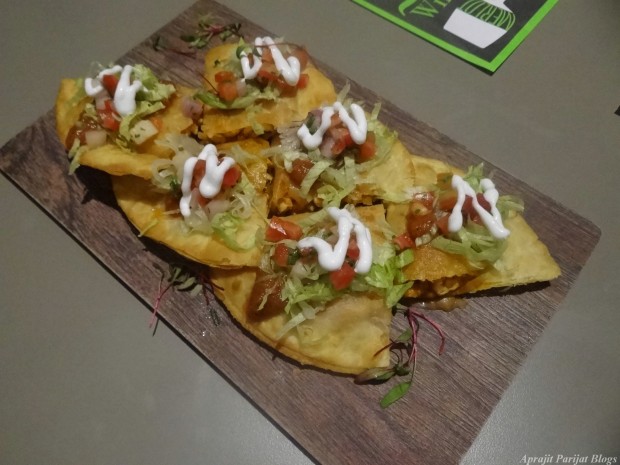 Chicken Chimichangas – Much like it’s vegetarian counterpart the chicken veriant was even butter. Tender chicken chunks with delicious sauce making up the inside while the outer crispy covering complemented it very well. 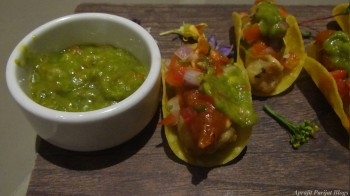 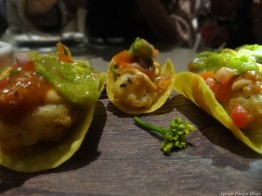 Beer battered Fish Taquitos – Yummy ! This was easily the winner of the evening for me with a fish filling that was so tender and fresh and various other ingredients like Mayo and Salsa giving it such a flavorful bite. This was liked by almost everyone and was re-ordered by a common consensus among all the food bloggers.

Chiptole Chicken Skewers – These were spiced in a subtle manner and were almost analogous to Malay based recipe of Chicken Satay, it made a decent combination with a Salsa based dip. 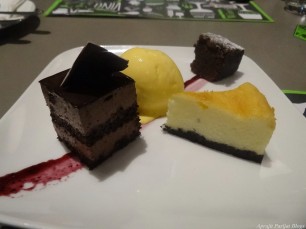 Triple Chocolate Mud Pie – The best dessert of the meal, it was gooey, chocolatey and simply delicious. A perfect way to end the meal I guess. The other desserts were decent but the Mud pie was awesome to say the least !

Value for Money – I would rate them a 4/5 on this parameter, a decent meal for two without alcohol should set you back by at-least 1000-1200 bucks. Considering the ambience, taste, service and the electric atmosphere in general with the live band, it’s an experience up for grabs for sure. Going on a Thursday will only make it more rewarding so it’s definitely recommended in my opinion.

Credits – As always we were graciously hosted by the wonderful Team of Carpe Diem (Carina, Shivangi & Pracey) while Karthik & Nikhil from 212 Cafe listened to our feedback in the most positive manner. They even tried incorporating our feedback almost instantly and it was good to see them so passionate about their work and yet so eager to improve at the same time.

As always it was great fun to interact with other foodies and to see things from their perspective, a last piece of GYAN – don’t miss the Mexican Food Festival at 212, see the menu below for reference. 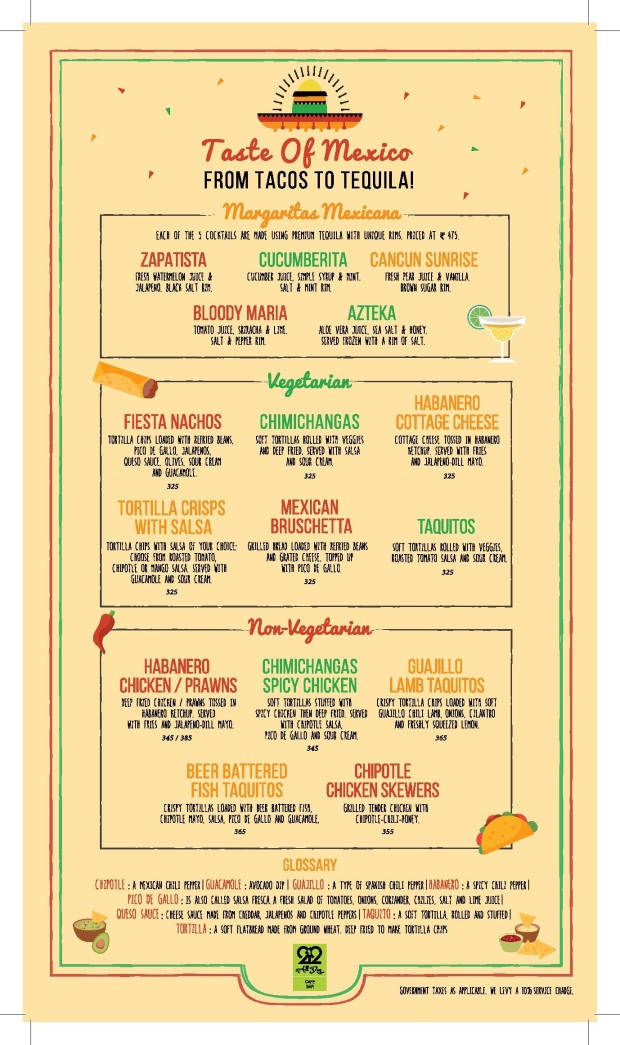