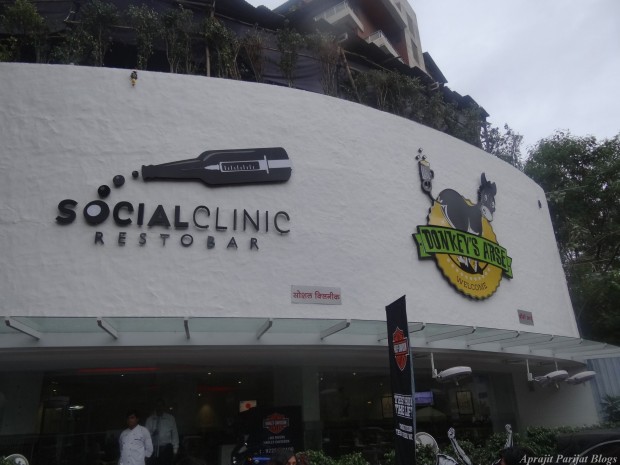 Madness located at Lane 7 Koregaon Park has been a trend-setter in Pune at-least personally for me. From having started the stand-up acts in this part of Pune to three differently themed restaurants – Social Clinic, Donkey’s Arse and Superheroes. They have been around for a while and I am not going to cover what each restaurant offers and what they are about. However soon they will be undergoing renovation and would be bidding goodbye to their Hospital theme to try different themes and food styles starting with the Punjabi/North Indian theme and food from July.

Coming back to the tasting session, on the specially designed Menu for this tasting event organized by Dineout India we had four starters, four main courses and two Desserts, my take on them as below:

Food & Drinks – 4/5 – The preparations on the Day came across as the usual however each came with a slight twist and I enjoyed my starters more than the main course.

The Drinks – I had the Over the Moon Mocktail infact I had two of them 😉 It was pretty good with the Kiwi & Litchi crush coming good with the refreshing taste of Mint.

Starters – Paneer Pesto Tikka – The Pesto sauce based Paneer Tikka tasted a bit bland at first however once notified the next serving was pretty good, spicy as I like it and the pesto sauce doing the trick, something I have never tasted before, yummy it was ! 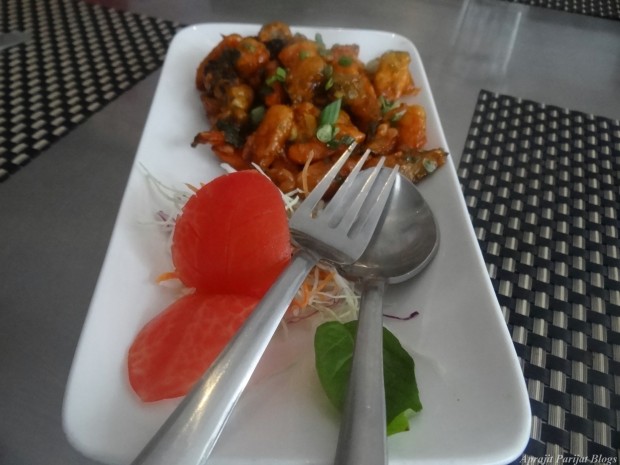 Thai Crispy Veg – This was pretty much like a usual crispy veg preparation, I didn’t find anything bad or extra-ordinary about it. 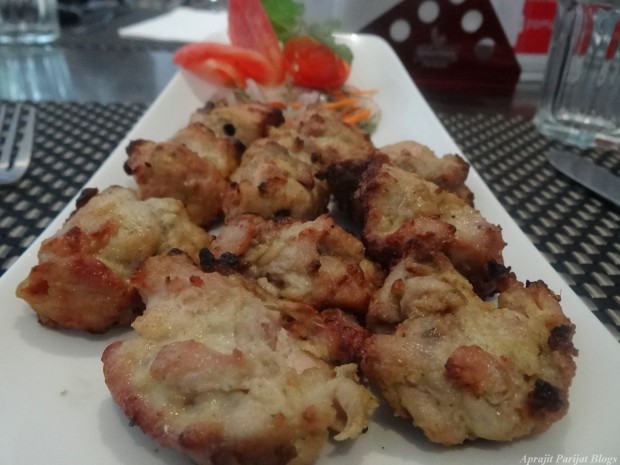 Lemongrass Chicken Tikka – This was a mild flavored chicken tikka with an added twist of lemongrass to give it a Citrus flavor. It’s difficult to define taste in words but it was like a Malai Tikka with an added citrus punch of lemongrass. To make matters great the chicken was tender and overall I was pretty satisfied with the preparation.

Basil Chicken Tikka – This was the green color textured chicken tikka and this time the twist was the Basil flavor which I initially thought could have been strange but surprisingly worked well. 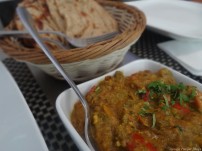 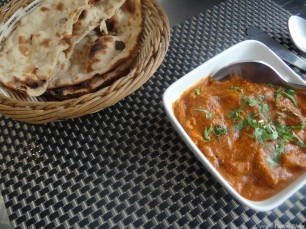 The Mains – The mains came with Butter Chicken (not sweet, thankfully), Vilayati Tarkaari (an alternative to Veg Kadhai with Broccoli, Zuchini and American corn) and Veg/Chicken Pasta in Pink Sauce. I had most of my meal with the Butter Chicken and I found it as the perfect foil to go with some hot Butter Naans.

The Desserts  – Tiramisu – this was pretty good and even better than the Gulabjamun Brulee which is my resident favorite here. Had an interaction with Chef Saurabh who told us that there’s a variance in this preparation wherein he used the Coffee liqueur to give the downmost layer in the preparation that bitter taste which went well with the topmost and overall I loved it.

Value for Money and Service – 4/5 – Given the location and the usual pricing in KP, I definitely found the place to be value for Money and we had a good service provided by Mr.Shishuranjan Roy (our server) and Mr.Sachin took good care of us and ensured under his watchful eyes that we were served in the most orderly and timely fashion.

Credits – Huge shout to Ms.Chandni and Mr.Avanish of Times Internet/Dineout platform for inviting me to the tasting. There are some exciting discounts on offer by booking Table of your choice through dineout in Pune and you may end up getting up-to 40% off on your bill, would suggest to go through their T&C and make your decision if this is a good direction to pursue !