Maharashtrian flavors from the perspective of a Non Maharashtrian is going to be the agenda here. I don’t claim to have any expertise on the local cuisine so my experience here simply on the merit of taste. This experience comes from a Preview of Maharashtrian Food Festival that runs till 7th May having already started from 28th April at the Orchid Hotel. 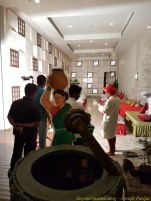 Ambience – I have to say that they made good efforts in trying to recreate an atmosphere of sorts of a Maratha Fort setting and it was something different right from the Fort like entrance door to a traditional “pangat” setup. The serving stewards were dressed in traditional Marathi attire and overall it worked what they were trying to achieve.

Food – The Menu on offer for the festival was a huge one and there were no holds barred in making both the Vegetarian and Non Vegetarian items value for your money in terms of quantity. When it comes to the quality of stuff, the following items (along with pics were the ones we found pretty good). Since it was a preview session there was some scope of improvement in a few areas and hopefully that would be addressed when it becomes open for Customers.

The Mutton Paaya Soup – This was pretty good and the taste was different from the usual soups one gets in buffets in the sense that it wasn’t the watery types but had a rich aroma and taste to it and it was a good way to start the meal.

Mutton Kheema Unde – This was the best dish of the evening and one starter that I ate the most. The minced meat balls were juicy and tender and had no pungent smell of mutton that sometimes gets associated and ruins the preparations at times. 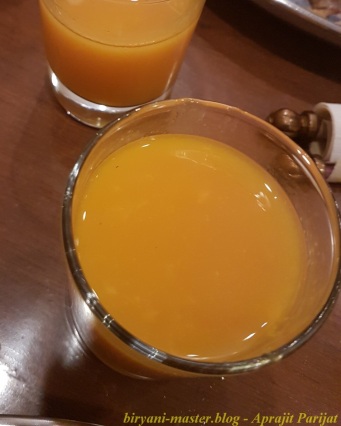 Aamras – What could be better than sipping on a cool serving of Aamras on a warm and sultry summer evening? Nothing beats the feeling and I must have had a huge bowl of Aamras if my servings were to be accumulated but thankfully they weren’t. Aamras just went fine with the starters and I absolutely loved it ! 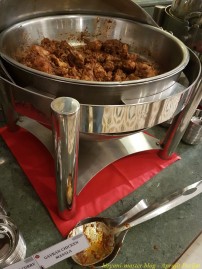 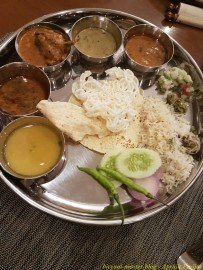 Other notable mentions from the Mains were the Mutton Nagpuri (nice and spicy), Gavran Chicken Masala, Anda Curry and Gola Bhat. Although the Gola Bhat did a good job when eaten with the Non vegetarian curries but it might have been great to have Mutton Biryani in the menu as well. I didn’t taste a lot of vegetarian stuff so can’t comment much on the vegetarian fare here but my partner had a decent opinion of the vegetarian fare as well. 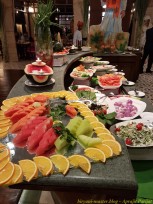 Among the Desserts, the ones I enjoyed wholeheartedly were the Aamras, Dhoda Burfi Pastry, Rasmalai Mousse and Kalakand Cheese cake – the best of the desserts after Aamras.

Value for Money and The Verdict – Despite not having too many active taste buds for the Maharashtrian Food I found the flavors and setting of the festival pretty decent. For the Buffet of this size consisting of 3 starters each for Veg and Non Veg and the varied spread in Mains and Desserts it does offer value for Money and is worth a visit once for sure ! Attached is the Menu for the preview session.