Street food and Five star Restaurants  are two aspects of food that rarely go hand in hand but when once in a while a special street food festival is curated like this one by Executive Chef Ritesh Negi then you’re definitely in for a treat !! 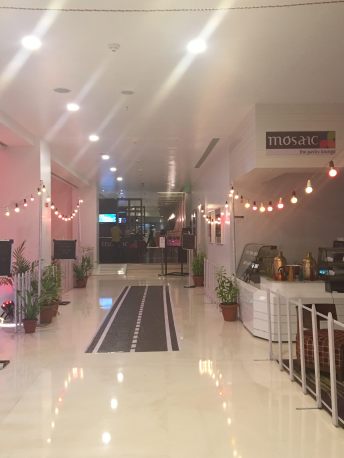 A treat indeed it was and the atmosphere was all set for a street food like setup with different stalls ranging from Paani-Poori (Golgappas as in Delhi), Biryani, Tawa Chicken Changezi, Thukpa soup and some Rabri Falooda. This was supplemented by their regular laid out buffet comprising of starters, mains & desserts.

The Food – There was a lot to eat and I would be lying if I was able to cover all of their street food items + the laid out buffet so I would talk about a subset of what I was able to cover from this humongous ensemble of various drool-worthy delicacies.

Chicken Changezi – The star of the evening, this was one of the tender-most tawa chicken preparations I have ever had. It just had everything going for it – full of flavors, had enough moisture/juice and was creamy at the same time, something which is going to be in demand post the festival as well I am sure 🙂

Street style Chicken Biryani – When it comes to my Kebabs & Biryanis I have to admit I am a fussy customer indeed and a biryani preparation is always under my radar more than anything else on a menu. Here it wasn’t any different and I happened to start my meal with this as I was chatting with Chef Ritesh about the perils of keeping biryani in Pots like the one in picture as it becomes dry over a period of time. Chef at once gave me a sample with a cheeky smile saying that since it’s a street food festival, the rice which is used isn’t quite Basmati (as it’s not used by street vendors) which has this problem but they have used Kolam and true to his words the biryani was moist and every bite was flavorful. To my surprise as suggested by the Chef himself, a gentle sprinkling of lemon on rice gave the biryani a tangy bite which I just absolutely loved and finished all my sample in a whisker.

Chicken Thukpa Soup – Originally a Nepalese style soup which has become famous in Northern hilly areas was on offer here. This was one flavorful soup which I really liked and frankly the original one is a bit on the milder side but the extra flavors here only resulted in hurried rounds of stuffing myself with this flavorful and aromatic preparation.

Murg Tikka – This was again a juicy and tender preparation full of spices. I love it when 5 star hotels come out of their comfort zones and display the courage to present a particular delicacy how it is supposed to be and this one was right on the button as well.

Paneer Tikka – In my humble view it is difficult to prepare juicy and well marinated Paneer tikka compared to a chicken preparation as chicken is easier to marinate compared to the bland paneer. So it requires a lot more than just greasing paneer with outer marination to come up with that succulent and well spiced paneer tikka not only from outside but from within the Paneer cubes. This one was almost done perfectly, only a bit of a smoky flavor was missing but it was soft, melt in the mouth types preparation and gets a thumbs up from my side.

Daal Makhani – This is yet another over exploited recipe that everyone seem to serve but no one is able to master and present how it should be. I have had the best ones in Delhi and very few thereafter, this one I wouldn’t say is the best one I ever had but this is definitely among the better ones I have had in Pune. No particular spice was overpowering in this preparation and that was the best part since I have had too many Daal Makhanis where the Chef just overloads it with Cinnamon and it magically becomes a Daal Makhani and I am thankful that this preparation was devoid of that unnecessary magic !

Rabri Falooda – I can guarantee the first bite here is something that one would remember for some time, I certainly did. However I would also say that probably the rest of the preparation may not be as gratifying once the Rabri has been rightfully galloped. This again is a street-side preparation where the rest of the milk and traces of falooda are on a running consistency here and many would feel that it should be accompanied with a Kulfi. However the fact of the matter is that this is indeed a Rabri Falooda and not a Falooda Kulfi, so this preparation was as per what you get on street and I liked it. 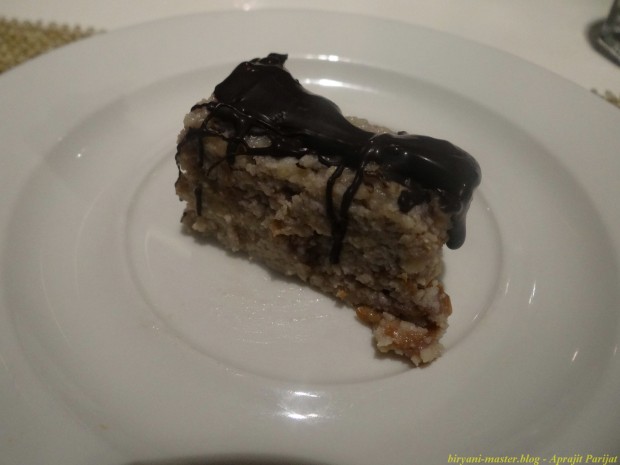 Choco Burfee – Though I forgot to capture the exact name this was essentially a Kalakand like Milk based preparation and was topped with a frosted chocolate and the combination really worked great for me. This was one of the best Indian desserts I had in a long time in a buffet.

The Verdict – Overall I loved the feel of the festival, as per Chef Ritesh’s vision the festival was able to capture the essence of street food flavors and does complete justice to the concept. On the area of improvements, some of the items on the laid out buffet were just above average like the Mutton Bhuna, Fried Fish and Soya Chaap so probably some more innovations can be brought in or taste can be improved and it would only further enhance the buffet quality.

I must congratulate Team Crowne Plaza and wish them all the best for their first major festival and hope to be a part of many more to come, as for the reader what are you waiting for, just go and grab them asap.