Ishanya Mall is beginning to boost some of the most happening and upcoming food joints destination in Pune. Mandarin & Mirchi happens to be the new kid on the block which offers a take on both Asian & Indian Cuisines, both of which are almost loved by foodies all over India. Mind you it’s not a marriage between the two cuisines but just dishes from both cuisines are available to order and not fused which comes across as such a relief for a change. 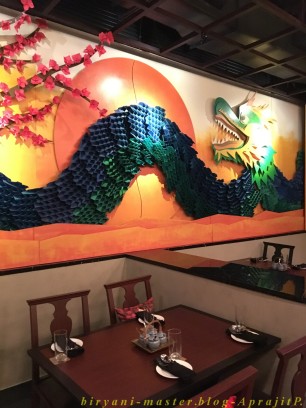 The Ambience – As the Dragon & the Peacock adorn different walls of the place, both Asian & Indian cuisines are available to order here and both have some hits & misses. On the Ambience front it’s mostly indoor with a few tables thrown in on the outdoors as well. I was pretty satisfied with the Ambience in terms of the overall atmosphere & seating, so nothing to complain here. 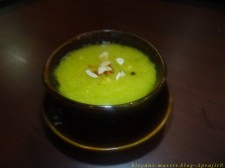 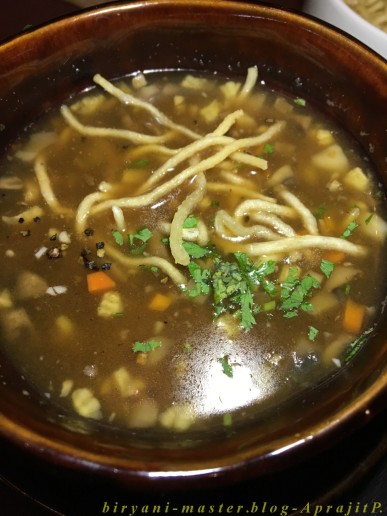 Drinks & Soups – The Paan Banarasi waala is usually a cocktail, since I am a Tee-totaler they prepared it for me in the Mocktail version and my advice would be to keep it as a regular in their Mocktails menu as well. The drink was topped off with a good amount of Gulkand and garnished with betel leaves made it the drink to look out for.

Soul Cooler – This was a nice combination of Kokum, Lime, Cilantro and Green chillies and if you’re looking for a spicy mocktail you can definitely go for this.

Murgh Zafrani Shorba – This was indeed one thick and tasty soup that came with small chunks of chicken doting the decent chicken broth, I would recommend this over your usual Tomato or Manchow soups.

Chicken Hot n Sour soup – This one wasn’t quite a part of the tasting Menu but on request they did prepare it for my Daughter which was a nice gesture however it turned out to be a little sour than what we would have liked.

The Starters – The starters came in both the variants of Indian & Asian and at this stage the Asian ones definitely won over the battle in comparison to the Indian ones. 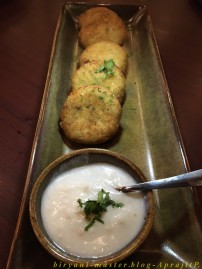 In the Indian section only the Murg tikka came out as a decent preparation while the others namely the Galawati was quite tender but unfortunately had the flavor of Cinnamon more than what was desired while the Dahi ke Kebab was a bit over salty and the Indian section of starters was disappointing. Read on about the rather sumptuous Mandarin section of the starters : 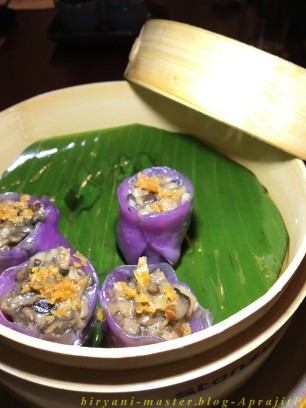 In the Mandarin starters section both the Three style mushroom Dimsum & the Carrot and turnip cake were extremely appetizing. I loved the Carrot & Turnip preparation and it was the most unique yet tasty veg starter of its kind that I have had in a long time and if I wasn’t aware of it’s name I wouldn’t have guessed that Carrot & Turnip were the chief ingredients in this fried starter that was undoubtedly the star of the evening, #mostrecommended.

Crispy Prawns Cheung Fun – This was the second best starter after the Carrot & Turnip Cake with the preparation being crunchy on the outside with a filling of tender prawns and the combination worked wonders for my taste buds, this was Fun and #definitelyrecommended. 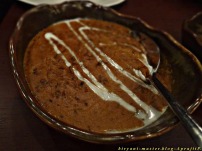 The Mains – The Indian Mains were spot on with the Murg Tikka Masala, Dal Makhani and M&M Gosht all doing pretty well, I can’t say that I haven’t preparations like these anywhere before but I can definitely say that I have seen Restaurants ruining these preparations more than what I have seen them preparing these well. I can say that they know what they’re doing with the Indian Mains and one can order them without worrying whether they will turn out the way they’re supposed to.

Raan Biryani & Thai Curry with Steamed Rice – Both these Indian & Asian Rice based preparations were at the either ends of the spectrum for me with the Thai Curry leaving a lot to be desired compared to the ideal preparation. The Biryani on the other hand was a decent one and something which you can order and not regret about, wasn’t too bland or over spiced and the mutton pieces were tender enough to make it a complete dish.

The Desserts – Except the Water Chestnuts based dessert which I just couldn’t fathom the rest of the desserts were exceptional. The star of the Desserts section was proudly shared by the Sizzling Chocolate Brownie & Gulab Jamun in Saffron based Yogurt followed Rabdi Mousse at a close second. Looking at the Gulab Jamun preparation I just wasn’t able to tell if beyond the curd there was a Gulab Jamun in hiding while all the bloggers attacked the Sizzling brownie with spoons coming in from all directions on the poor Brownie in a whisker 🙂

The Verdict – In starters the Mandarin section was by far the better cuisine however in both the Mains & Desserts the Mirchi part of the cuisine was the undisputed winner. Overall the pricing is not a lot on the higher side (certainly not what some others are charging in Ishanya) and with pretty decent food to go with reasonable pricing this place definitely ends up in my recommendation list.