An enchanting trail of food indeed !

Blogging isn’t my profession but it’s my passion, investing the time and efforts after a hard day’s work does require special time management skills. I am in a constant juggle to give work, family time and blogging their respective dues to keep them in balance and at times it becomes just a tad difficult to manage. However every once in a while comes an event of this magnitude & fun that makes all this juggle worthwhile and the experience at Food Trail 1.0 was one such exhilarating outing indeed ! 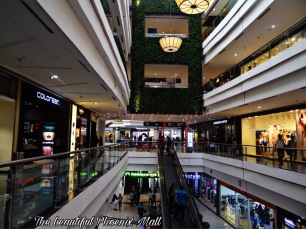 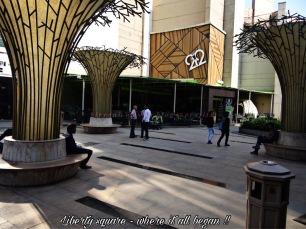 Having witnessed a fabulous view of the Phoenix Mall, it was about time to reach Liberty Square where bloggers were to convene at 11.30 am IST. For what the Indian Standard Time is famous for, I was only one of the very few who made it on time 🙂

The rules were pretty simple – 1. You pick the first chit to know where you be dining and ; 2. You pick the second chit to know the chief ingredient that should be a part of your order within a budget of 1500 bucks. Khiva & Chicken – the made for each other combination is what I got. Having heard a lot of good things about Khiva, without wasting a single minute I was on my way for a rendezvous with some promising Central Asian food. 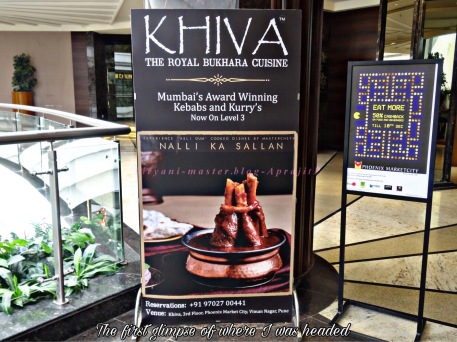 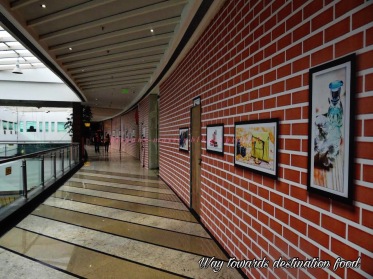 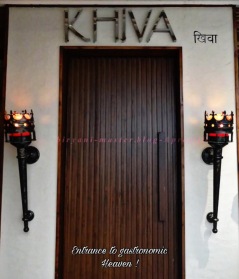 The Ambience – The first impressions were pretty classy and I was just happy to be here, the first looks reinstated my hopeful thoughts of an ensuing classy experience, read on to find if it was just glitters or did I really find any gold here. 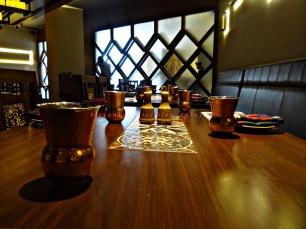 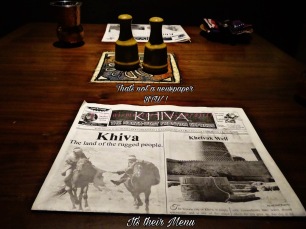 Among the other interesting first impressions, a couple were the use of copper utensils to store & serve water and a newspaper of sorts kept on all Tables. It was only later I realized this newspaper was instead their food menu. The music had its origins of Uzbek & Kazakh forms and it was just not food but their Central Asian based concept could be felt in a number of dimensions which meant they did a good job in establishing the promised atmosphere. 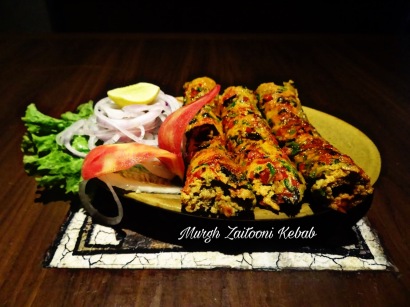 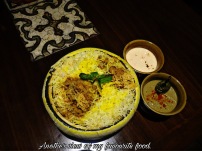 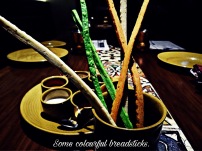 The Food – Khiva being an ancient city of Uzbekistan promised some pretty exotic food at its outset and this is one place where all your Non vegetarian food cravings are brought to a logically tasty conclusion ! Staying put with my chief ingredient Chicken – I ended up ordering three Chicken dishes as below: 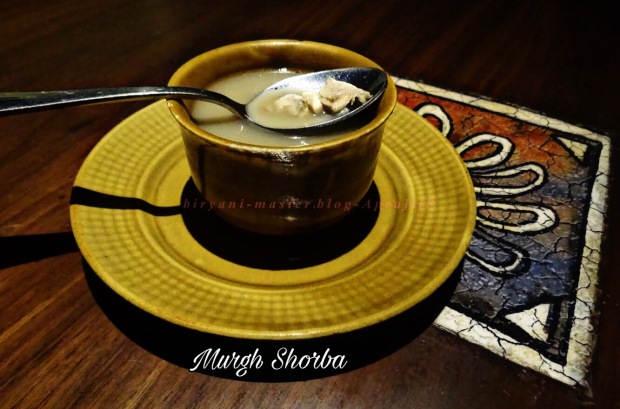 Chooze ka Shorba – It would only be fair to say that I had a bit more expectations from this one, it was probably a bit too diluted for my liking. Nevertheless it had the required earthy flavors and those mildly spiced tender chicken chunks enhanced the soup by the required margin. However once the chunks were finished it certainly missed a required flavor. 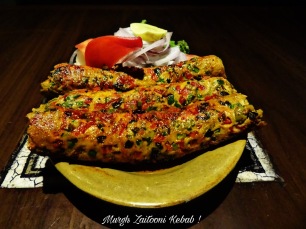 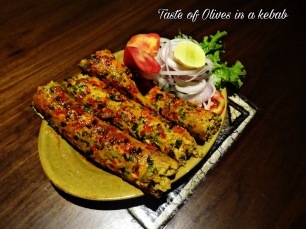 Zaituni Murgh ke Seekh – While going through the menu I came across this particular Kebab which had Green & Black Olives as that unusual ingredient which doesn’t really go with Kebab preparations. Having ordered it I was certainly a bit skeptical however the Seekh Kebab was so tender that it immediately made me fall in love with first bite and thankfully the olives and sprinkling of Olive Oil didn’t really tamper the preparation but only enhanced it. #highlyrecommended 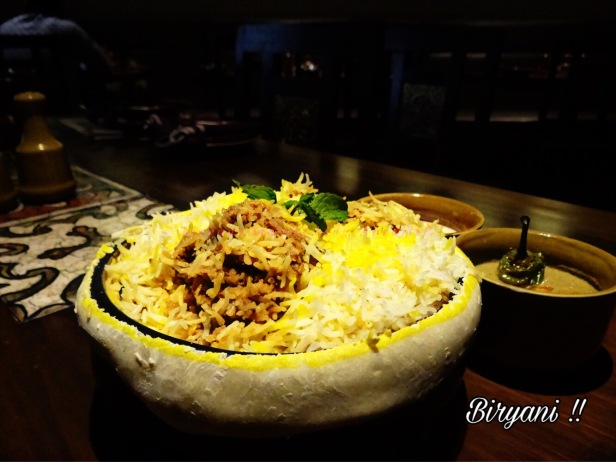 Murgh Biryani – I am the BiryaniMaster and I certainly love my favourite food and this was one flavorful Biryani. In terms of spice level it was somewhat a level between the Lucknawi & Hyderabadi variants. 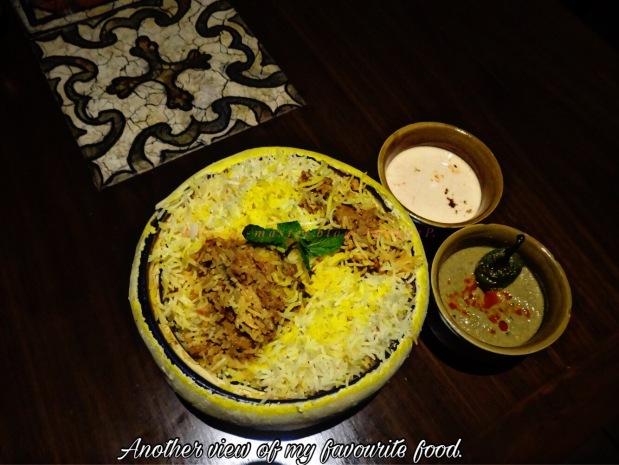 Being a Dum Pukht preparation, the flavors of meat were infused in every morsel of rice with chicken as tender as it can get before it falls off the bone. #definitelyrecommended

Other participating Outlets and fellow Bloggers in Food Trail 1.0

A view of Copper Chimney and some happy faces of fellow bloggers ! 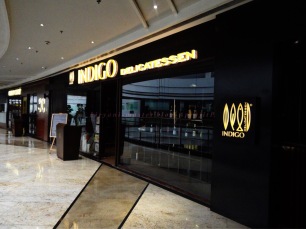 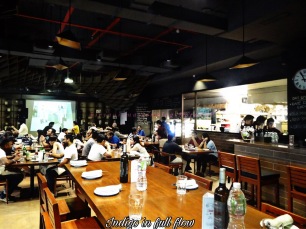 A view of Indigo Delicatessen with some busy scenes ! 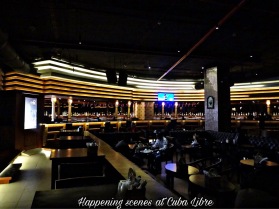 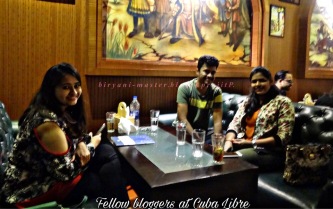 Some pretty cool Ambience of Cuba Libre with yet again happy set of bloggers ! 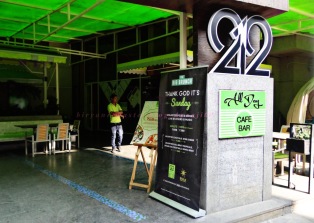 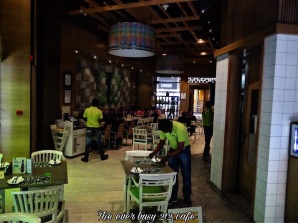 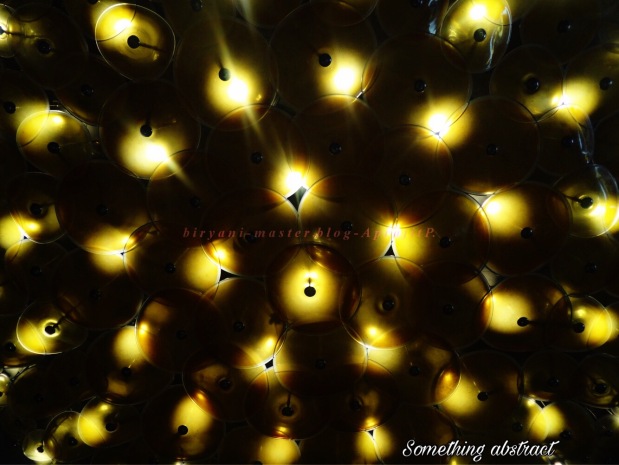 The Verdict – There’s nothing abstract about the verdict here though, I totally loved my overall experience with Food Trail 1.0 and I am wondering if there’s indeed a 2.0 on the cards, hats off to Carpe Diem & Phoenix Market City for an event of this stature ! Talking about Khiva, if you don’t mind paying a premium for some lip-smacking food, just don’t think twice and head straight to Khiva right now !