The chain of Hakeem’s is quite popular in the city of Bhopal and the initial property in the main city has been standing tall for a few decades now. 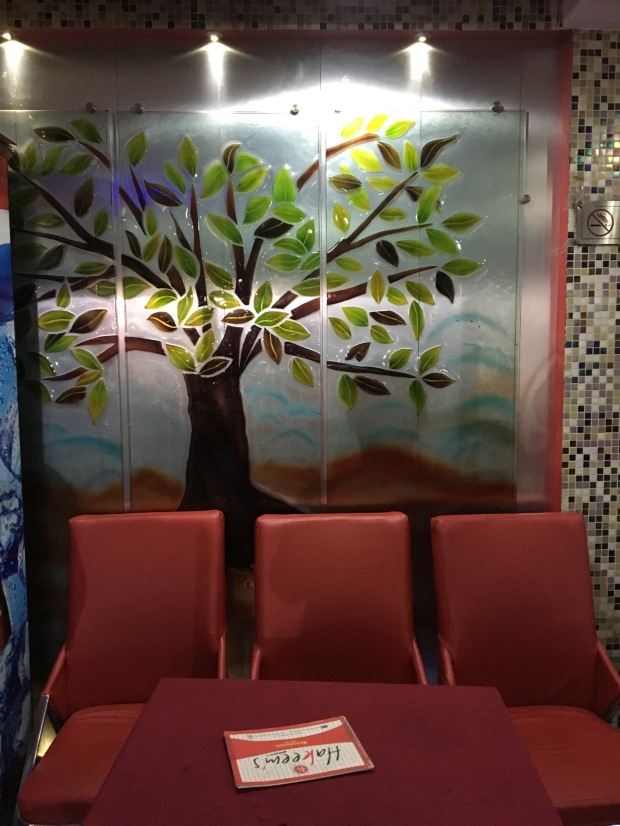 On an overnight stop in Bhopal during a road trip from Pune to Agra I was more than excited to give this place a visit and I wasn’t disappointed.

Ambience and Parking – There’s no designated parking spot for cars but if you go after 8 pm, chances are you will get a spot in front of other shops closed for the day. The ambience is family friendly and if opting for sofa based seating you cannot help thinking that the height of table and sofa are a bit of a mismatch but is not a great problem anyway. 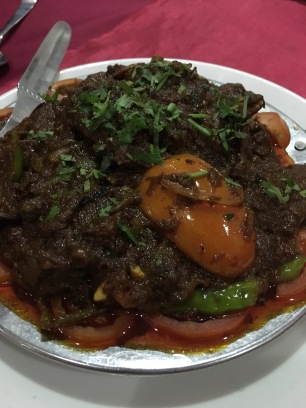 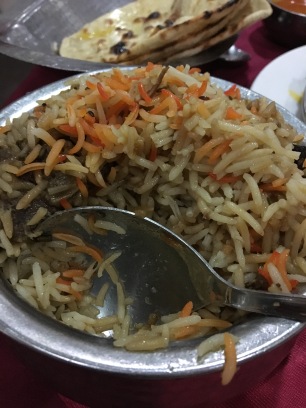 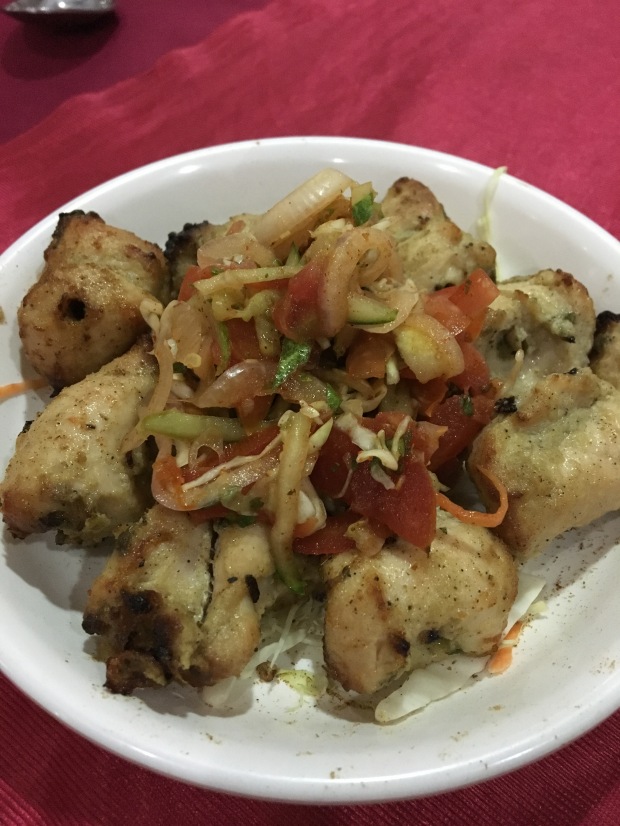 Chicken Malai tikka was decent but it could have been even better if the chicken was a bit more tender. Chicken Manchow soup on the other hand was ordinary to say the least.

Service – Service was pretty satisfactory and our server Mr.Sanjit was quite helpful in recommendations.

Value for Money – The mutton pieces in the gravy could have been better as we found a bit more bones than we were expecting and for 300+ bucks dish you definitely expect good quality pieces. However the mutton pieces in Biryani were good and made up for the earlier shortcoming. Quality Mughlai food at 950 bucks for a family of three came across as a reasonable deal if not an outstanding one.

Go for this place for some good Mughlai food in a family oriented atmosphere.

Good food but the staff needs to be a bit more friendly!
Rating – 3.5/5
On our road trip from Pune to Agra we had planned a night halt at Bhopal and we checked into our Hotel in TT Nagar around 7.30pm.

After taking a bit of a rest we had to take a decision between having our dinner in hotel or to explore the surroundings to experience the taste of bhopal during the short span of our stay. We chose the latter option and took help from Zomato baba about the good places nearby.

Indian coffee house’s name came up among the suggestions with ratings over 3.5 and we went there with expectations of having a sip of coffee with sandwiches etc as the name would suggest.

As we reached we found out there were two levels of seating with the first level being branded as a family section with the luxury of air conditioning 🙂 Though I am not quite sure whether there’s any pricing difference across the two levels, nevertheless we settled for the first floor.

Ambience and seating comfort – 2.5/5. As we entered the place, the appearance seemed a little shabby with tables located close to each other and hardly any viable space left for waiters to move around. It was an average arrangement to say the least but we were more interested in trying out the food ASAP.

Service – 3/5. We reached around 8.45pm and the first floor was almost full. Luckily we got a table and after the initial 5-10 minutes had passed by I fetched their home delivery type menu from the adjoining table and started to zero in on what to order. Sadly no one came around to give us the menu or offer water (the usual taken for granted courtesies). Finally I had to signal a waiter to take a note of our presence and after around 15 minutes we were finally graced by his holy presence 😉 Thankfully the service which followed post ordering was better as otherwise things were looking really bad from the outset.

Food – 4/5. As we scanned the menu it was much more than a coffee house as it had all kind of cuisines to offer like Chinese, south Indian and ofcourse Mughlai. We decided to order an item from each cuisine and following are the individual ratings.

Chicken Manchow Soup – 3/5. Too tangy for my liking, average stuff. Better to skip this and jump to other snacks/starters.

Paneer dosa – 4/5. The Dosa was good but the stuffing was only of paneer and devoid of any potatoes whereas we asked them clearly whether the stuffing will have potatoes and we were told yes it will. I very much liked the paneer stuffing but my better half likes her masaala dosas with potatoes we ordered the aloo masaala separately which was equally good.

Mutton Biryani – 4/5. Awesome mostly but a little disappointing in terms of quantity and at times the quality of mutton pieces was not satisfactory as well due to bones-only pieces. However when the mutton chunks were fleshy (a bit of a rare sight) then they were juicy and tender indeed.
Overall we liked the biryani enough to order another serving and it was the best part of our outing.

VFM – 3.5/5. Except the south Indian items everything else here is a bit overpriced compared to the quantity and the dining comfort they provide.

Just for the food taste they deserve to have a rating of 4+ however considering other parameters like service, seating comfort and value for money I am giving them an overall rating of 3.5